Large-scale electricity customers can save money with our Commercial Energy Storage Systems by lowering demand charge spikes, optimizing storage with certain time-of-use rates, reducing capacity charges, and by operating at an optimal power factor. A solar battery system can also be used as back up power preventing critical production downtime. With a battery energy solution, you will take control of negative impacts due to power outages; resulting in guaranteed energy reliability.

This change in energy generation and consumption is being driven by three powerful trends: the availability of increasingly affordable distributed energy technologies, the decarbonization of the world electricity network, and the introduction of more renewable energy sources.

On days with abundant sunshine, your commercial solar system may produce an excess of valuable energy, which can power your business after sunset or during charge spikes. Energy storage is essential to the electric grid because it is used to regulate the frequency of the alternating current. A battery energy storage system provides electricity when the user’s demand is greater than the output of the solar panels, such as at night or during power outages.

Without a storage system, any surplus energy your solar panels produce would automatically flow back to the utility company’s grid. An efficient storage system only sends energy to the grid after it has reached its full storage capacity, and your commercial facility will only draw electricity from the grid once your own storage system’s power supply runs out.

To store your surplus solar energy, you need an efficient, rechargeable battery system. A battery energy storage system captures the energy your solar panels produce as direct current and reserves it for later use. The higher your storage system’s capacity, the more power it can store.

Looking to cut energy costs for your business?

Connect with us using the form below to see how you can save money with a commercial energy storage system.
We’ll get back to you in 1 business day.

Energy storage is a key component of a sustainable future. Batteries are an important technology to help create a world where renewable energy is the primary source of power. They provide a cheaper alternative to building expensive new power plants, which can be used to store excess electricity from renewable sources and make it available when needed.

Batteries are designed to store electrical energy for future use. They can be charged by renewable solar energy. Batteries provide a cheaper alternative to lengthy power lines, but they are not without their flaws.

Some disadvantages of batteries are their high cost, limited storage capacity, and low durability. However, there are some solutions that can help improve batteries in the future. For example, rechargeable battery technology is making strides in development and could make batteries more efficient for consumers and businesses alike in the future. 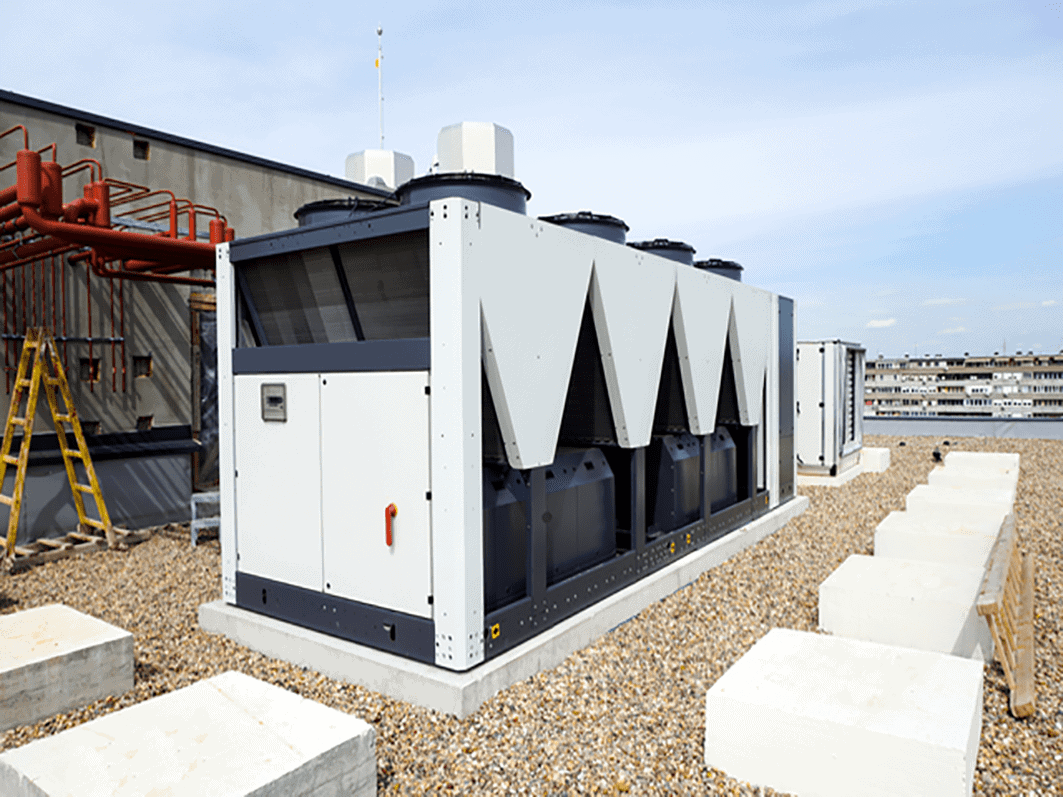 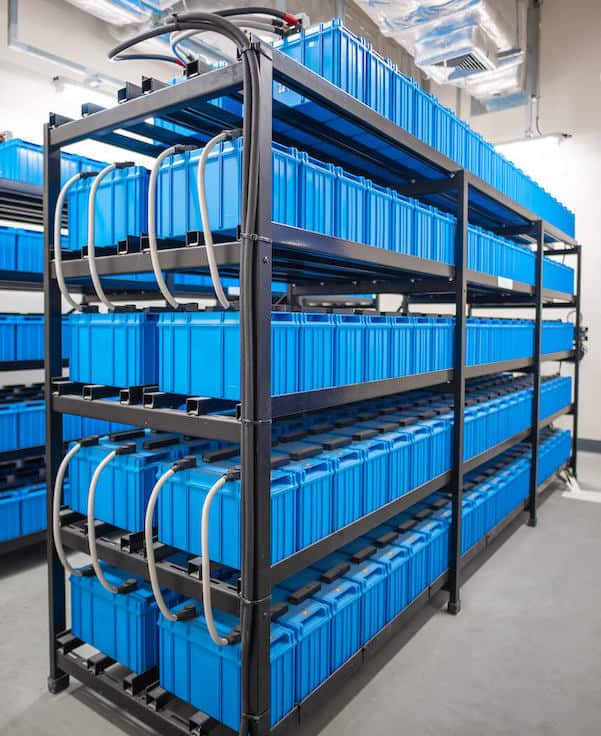 What Are The Benefits Of A Commercial Energy Storage System?

An energy storage system offers multiple advantages for your business, such as:

Efficient renewable energy generation, coupled with high-capacity solar energy storage, can enable a commercial or industrial facility to build its own independent microgrid, which can operate autonomously during power outages or high-demand times. Such a setup can promote grid resilience, reduce grid dependence, and provide long-term savings.

Our system design, installation and operation maintenance services optimize performance for your entire system’s service life. We will engineer, procure, install and operate your commercial scale battery storage solution. SEM Power is proud to partner with Schneider Electric Company to integrate systems and services for microgrids in order to provide the best energy storage solutions for your business.

How Can Energy Storage Solutions Help Your Business?

Businesses are faced in times of shortage of electricity. Electricity cost has continued to be volatile and demand for the system of energy continues to grow rapidly due to an increasing electrification of transportation and heating.

With commercial energy storage solutions, your business can move demand from high to low costs of the day and reduce energy needs, save energy from renewable energy creating new revenue streams and enhance energy security.

Batteries enable your company to conserve energy in your solar power system when the sun is shining. SEM Power has extensive experience in solar power storage and can design and install a fully integrated storage solution for commercial solar power systems. The solar batteries offered in combination with a solar panel provide many benefits : they are able to provide energy when a solar panel does not produce electricity. This stored energy could then be used as energy generators in the future when the Sun doesn’t shine.

The flexibility and quick response time of SEM Power’s utility scale solar energy storage systems may lead to valuable revenue streams. These systems support the energy networks in national and regional demand side responses (DSRs), including Dynamic Firm Frequency Response (DFFR), Firm Frequency Response (FFR), and capacity markets with balancing functions. Outside these models, companies can trade energy on wholesale markets to increase revenue. Like many business people you can also offset your energy bills and add that income into those revenue streams. There are several different schemes available and here at Power Sonic we are committed to finding the best for your company to help you trading and earning incomes as effectively and easily as possible. 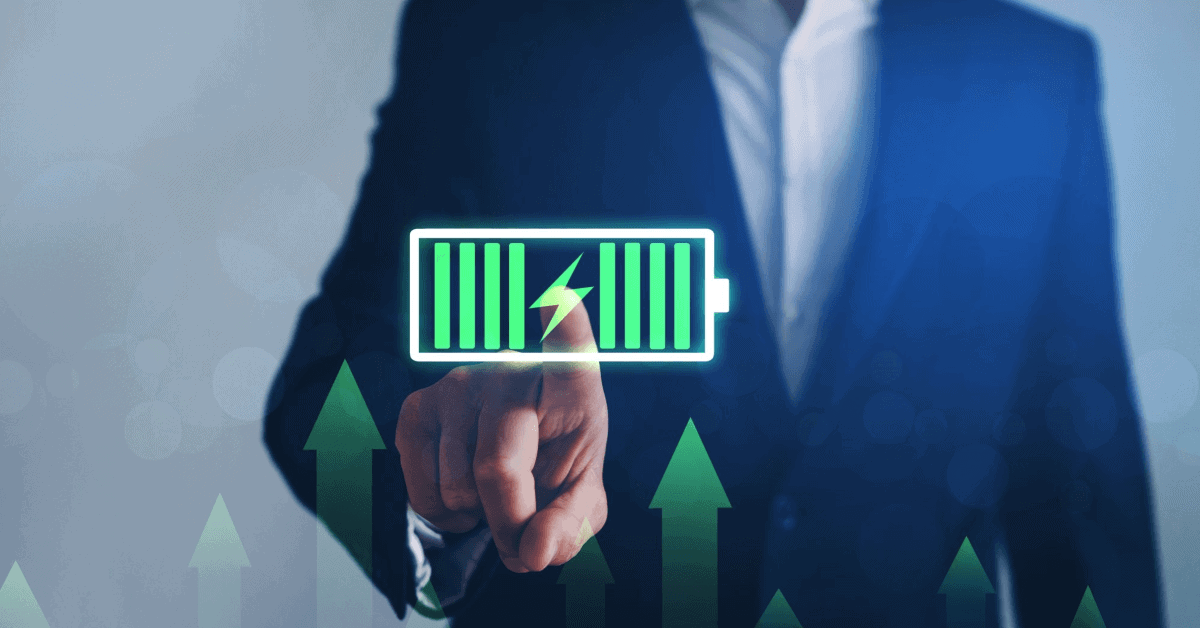 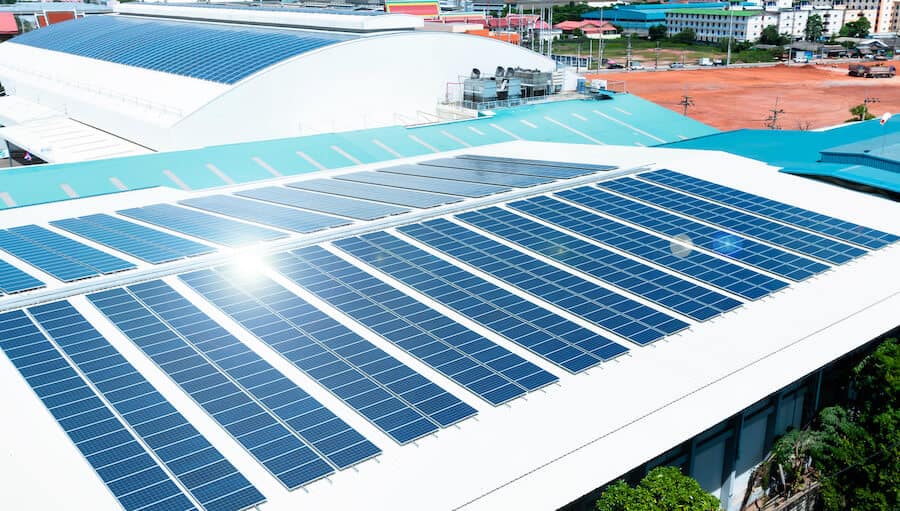 We are dedicated to empowering your business by implementing an energy storage solution that will allow you to become energy independent. We offer services like maintenance and installation of new battery storage systems as well as consultation on how best to optimize your building’s energy consumption with these clean, renewable power sources.

What is the typical cost of integrating solar battery storage with a commercial solar installation?

The cost of setting up an energy storage solution may depend on various factors, including battery material (lead acid or lithium ion), usable capacity, and installation costs.

The lifespan of your solar battery storage system will also play a role in determining long-term solar storage costs. Generally, you can expect a solar battery to last 5-15 years. Proper maintenance and protection from extreme temperatures can increase a battery’s lifespan.

Headquartered in Tampa, we’re Florida’s No. 1 solar company. Contact us today to speak with one of our commercial energy storage experts.

Looking for a solar battery system for your Florida business?